A Giant is a legendary being of great stature and strength, someone of great size, a person of extraordinary powers, the mighty men of old, men of renown.

Genesis 6:4  The Nephilim were on the earth in those days, and afterward as well, when the sons of God had relations with the daughters of men. And they bore them children who became the mighty men of old, men of renown.

Job 1:6-7  One day the sons of God came to present themselves before the LORD, and Satan also came with them. 7“ Where have you come from?” said the LORD to Satan. “From roaming through the earth,” he replied, “and from walking back and forth in it.”

Numbers 13:33   We even saw the Nephilim there— the descendants of Anak that come from the Nephilim! We seemed like grasshoppers in our own sight, and we must have seemed the same to them!”

We even saw the Nephilim there— the descendants of Anak that come from the Nephilim! We seemed like grasshoppers in our own sight, and we must have seemed the same to them!” 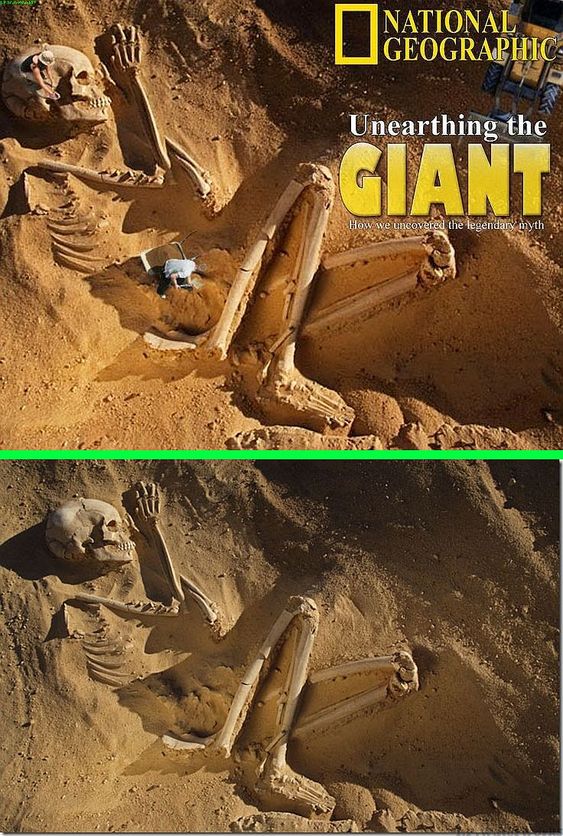 The people are strong and tall, the descendants of the Anakim. You know about them and you have heard it said, “Who can stand up to the sons of Anak?”

Then a champion named Goliath, who was from Gath, came out from the Philistine camp. He was six cubits and a span in height, 5  and he wore a bronze helmet and bronze coat of mail weighing five thousand shekels.

Once again there was a battle with the Philistines, and Elhanan son of Jair killed Lahmi the brother of Goliath the Gittite, the shaft of whose spear was like a weaver’s beam.

And there was still another battle at Gath, where there was a man of great stature with six fingers on each hand and six toes on each foot— twenty-four in all. He too was descended from Rapha, 7  and when he taunted Israel, Jonathan the son of David’s brother Shimei killed him.

1 John 4:4  You, little children, are from God and have overcome them, because greater is He who is in you than he who is in the world.