Isaiah 40:22  It is He who sits above the circle of the earth, and its inhabitants are like grasshoppers, Who stretches out the heavens like a curtain and spreads them out like a tent to dwell in.

Sunspots are areas that appear dark on the surface of the Sun. They appear dark because they are cooler than other parts of the Sun’s surface. 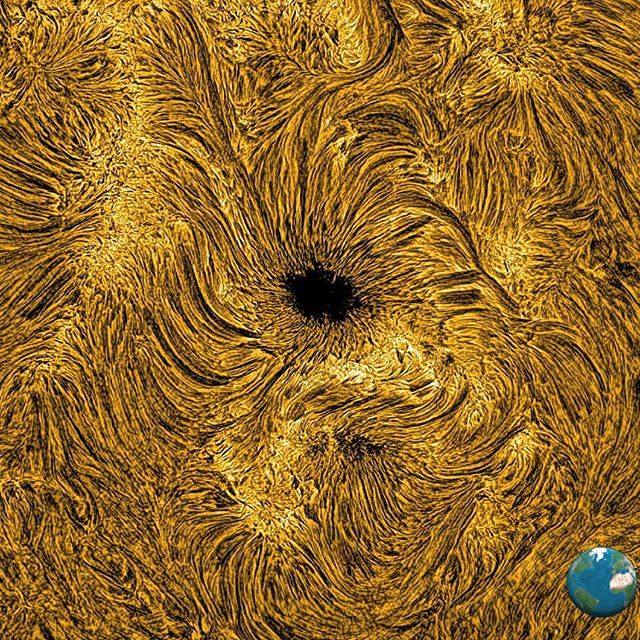 The most detailed image of a sunspot ever captured pic.twitter.com/sbniXylGuV

There's a peculiar lake in Portugal, with a hole that looks like a portal to another dimension https://t.co/UxaeSvS7e1 pic.twitter.com/1vmBdN6lq2

Matthew 17:2  And He was transfigured before them; and His face shone like the sun, and His garments became as white as light.

The Future is Bright!

Nextweekland is akin to “Tomorrow land” only a few days later and much more advance!

Revelation 1:16  In His right hand He held seven stars, and out of His mouth came a sharp two-edged sword; and His face was like the sun shining in its strength.

Triumph! Is a great success or achievement, often one that has been gained with a lot of skill or effort.

Romans 8:37  No, in all these things we are more than conquerors through Him who loved us.

“Gravity Bubbles of Nothing.”

Clear Matter is free from darkness or obscurity; bright.

Revelation 22:12  Behold, I am coming quickly, and My reward is with Me, to render to every man according to what he has done.

Isaiah 1:18  Come now, and let us reason together,” says the LORD, “though your sins are as scarlet, they will be as white as snow; though they are red like crimson, they will be like wool.

Coming with the Clouds of Heaven!

HELP! To make it easier for (someone) to do something by offering one’s services or resources.

Mark 14:62  And Jesus said, “I am, and you will see the Son of Man seated at the right hand of Power, and coming with the clouds of heaven.” – The Lord Jesus Christ

“Fallen” Angels (in Christian, Jewish, and Muslim tradition) an angel who rebelled against God and was cast out of heaven.

Revelation 9:1  Then the fifth angel sounded, and I saw a star from heaven which had fallen to the earth; and the key of the bottomless pit was given to him.

Imagine the Most High Sphere!

Thought Experiment is an effort to draw instruction from a process of hypothetical reasoning that proceeding by eliciting the consequences of a hypothesis.

Visualize Cosmic Background is the Sphere of Perfect Existence, “The 3rd Heaven”, realm of the Eternal Source of all Power, Light and Life, with a  created Bubble of SpaceTime inside, that defines the original boundary (furthest extent) of all Matter in the “Observable Universe.”

Early in time, all of Creation was at once on the inside surface of the Most High Sphere, within the tiny Bubble of SpaceTime, but is now “Falling Away” in every direction (IMPLODING), completely separating  from the Cosmic Background and descending into a Bottomless Pit (the gravity well at the Centroid of all Matter), heading toward Complete Separation  from Light, totally compressed in “Utter Darkness” within the Abyss.

In the 17th century, Galileo further developed the concept by using thought experiments to affirm his theories. One example is his thought experiment involving two balls (one heavy, one light) which are dropped from the Leaning Tower of Pisa. Prior philosophers had theorized the heavy ball would land first. Galileo claimed this was untrue, as mass does not influence acceleration.

Imagine Jesus Christ reascended for you

Mark 16:19 So then, when the Lord Jesus had spoken to them, He was received up into heaven and sat down at the right hand of God.